We have all been exposed to one ore more psychic experiences throughout our lives. They leave indelible memories and a yearning for a true understanding of what's the meaning behind them. How do we start our journey to comprehend them? One way is to discuss them by types of psychic experiences, so we can explore how these powers work and how to benefit from them.

I will show you how gifted psychics read energy fields to arrive at an accurate view of where you are mentally, physically, and spiritually. By the end of the session, you will receive a personalized reading of your own. 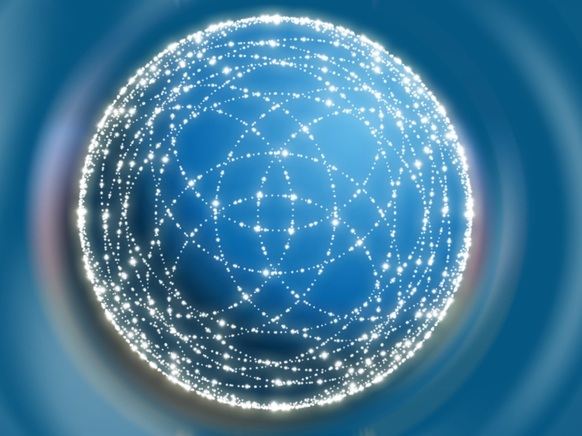 The best documented cases and stories of ESP come from not only accounts of twins that one would expect, but incredibly pets too, which were psychically connected to their owners.

Both had been:
Both had:

Dr. Thomas Bouchard of University of Minnesota studied the personalities and attitudes of the twin Jims, and the resulting similarities were again astonishing. In one test which measured personality variables (tolerance, conformity, flexibility), the twins' scores were so close that they approximated the totals of one person taking the test twice. Brain wave tests produced skyline-like graphs looking like 2 views of the same city. Intelligence tests, mental abilities, gestures, voice tones, likes and dislikes, were similar as well. So were medical histories: Both had:
The twins discovered they shared alike habits too. Both:

Oskar and Jack
Separated from his twin six months after their birth in Trinidad, Oskar was brought up Catholic in Germany and joined the Hitler Youth. Jack stayed behind in the Caribbean, was raised a Jew and lived for a time in Israel. Yet despite the stark contrast of their lives, when the twins were reunited in their fifth decade they had similar speech and thought patterns, similar gaits, a taste for spicy foods and common peculiarities such as flushing the toilet before they used it.

Daphne and Barbara
Daphne Goodship and Barbara Herbert first met when they were 40. Debbie was raised Jewish and Sharon was raised Catholic. They:

Cats Who Find Their Way Home
There have been numerous stories of cats who have found their way home over long distances. This is an example of the psychic connections cats have with their owners. Probably the most amazing story of this kind involves, Howie, a purebred Persian whose owners living in Australia were going on an oversees vacation and left Howie with their parents who lived 1000 miles away from their home in Adelaide. Upon their return, the distraught owners had learned that their beloved cat had escaped. One year and 1000 miles later a scraggly Howie appeared at the owners' home. Howie had crossed rivers, two deserts, and the dangerous Australian outback. Howie was dirty, hungry and had a wounded paw but made a recovery from an incredible journey.

Dogs and ESP
One of the most popular cases involves a Collie named Bob. Bobs adventure started out as a vacation motor trip from Oregon to the East Coast. On the way back to Oregon, Bob’s family realized that their beloved pet was missing.

After an unsuccessful search for Bob, the heartbroken family drove back to Oregon approximately 2,500 miles. Four months later, he presented himself at the door of his home in Oregon paw outstretched.

Another inspiring case is that of a mixed-breed dog named Henry. Henry was left with friends in Illinois when his family moved to Michigan. Six weeks later, Henry excitedly greeted his family on a street corner of their new town in Michigan.


How Do These Powers Work?

Dr. Rupert Sheldrake's main theory on how animals have these powers is Morphic Fields. "Morphic fields are involved in self-organizing systems which include cells, animals, and groups of organisms, which include pets and their owners. When the owner forms a bond with the pet, or the pet forms a bond with their owner, I think there is a field that connects them," said Dr. Sheldrake. He says the fact that we can witness schools of fish or flocks of birds turning in the same direction simultaneously is evidence of these morphic fields, as well as insects behaving in coordination. Dr. Sheldrake believes these fields connect living things, whether of the same species or different species, which have close connections to one another across distances, whether large or small.

Telepathy
The direct transference of thought from one (sender) to a receiver without using normal sensory channels.

Clairvoyance
See or perceive information via psychic sensitivity to energy, vibrations, or impressions.
Psychics have a gift but all of us have it to a certain extent:
Psychics cannot predict the future perfectly but they look for general trends and inclinations. If psychics could do that, they’d all win the lottery. Psychic gifts are not to be used for inordinate material gain.

Clairaudience
Impressions come primarily in auditory rather than visual form.

Animal entrails (Extispicy)
The practice of using anomalies in animal entrails to predict future events. Organs inspected include the liver, intestines, and lungs. The animal used for extispicy must often be ritually pure and slaughtered in a special ceremony.

Astrology
The relationship between astronomical phenomena and events in the human world. Horoscopes explain aspects of a person's personality and predict future events in their life based on the positions of the sun, moon, and other planetary objects at the time of their birth.

Psychic  Mediums
See beings who have crossed over to the “other side.”

Psychic  Detectives
Reenact the crime from the point of view of the victim, criminal, or both. Locates lost bodies or children.

Animal Psychics
Tune into the thoughts and feelings of animals. Example: The Dog Whisperer.

Psychometry
Touching an object to sense information about  the owner or events involving the object.

Aura Readings
Seeing and interpreting the colors of the energy fields surrounding a person’s head.

Energy Field Readings
Seeing and interpreting the colors and patterns of all the energy fields surrounding a person.

Telekinesis, psychokinesis
The ability to move things or otherwise affect the property of things with the power of the mind.